NEW  Select specific requester for Dext Prepare transactions
In both Dext integrations with ApprovalMax for Xero and ApprovalMax for QuickBooks Online a specific requester can be selected for Dext transactions: either User or generic email address can be used to authorise the received Bills and used to receive all related notifications. Once the integration with Dext is enabled the specific step appears in Bills Creation, Review and Approval workflow and Bills Creation and Approval workflow respectively. 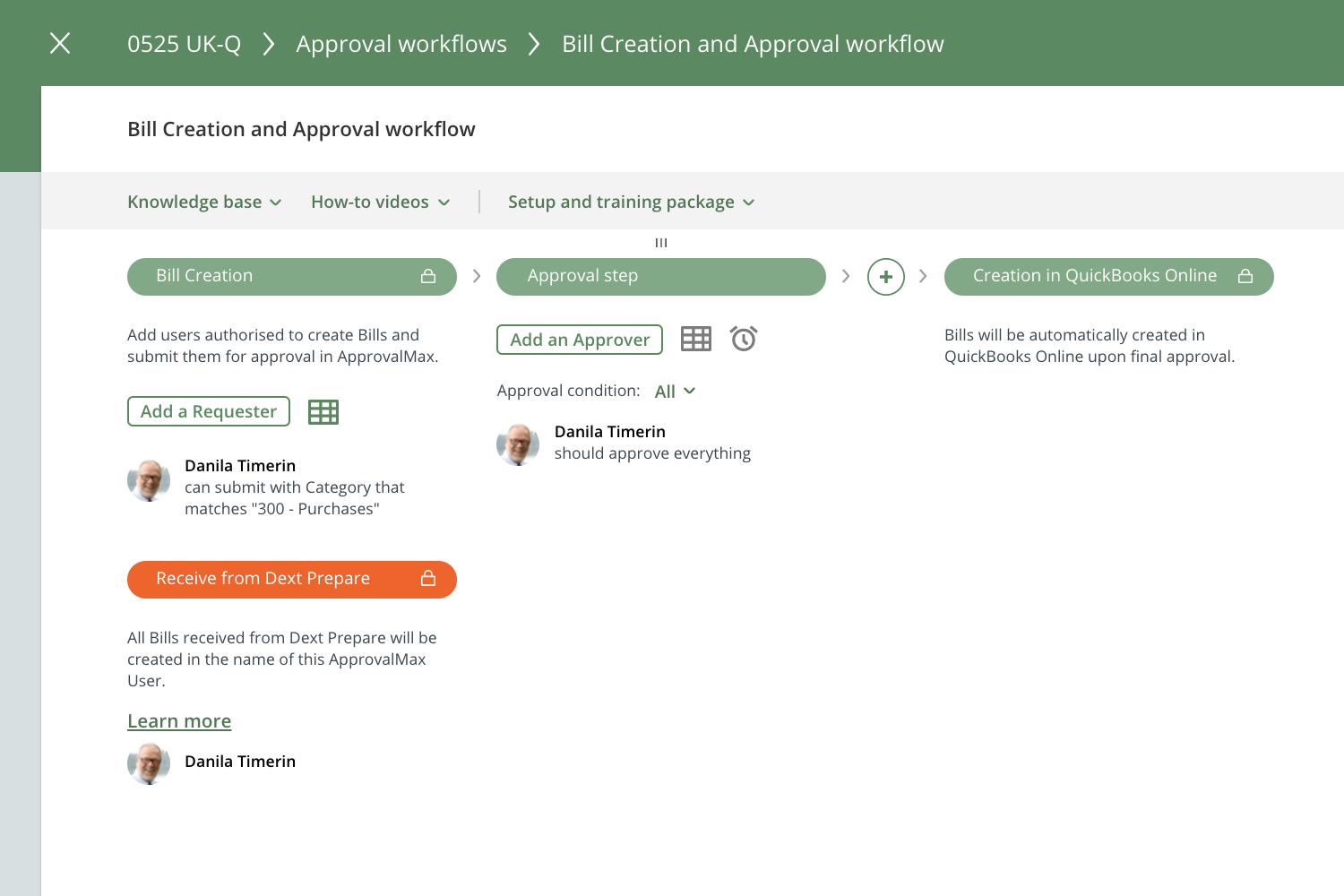 Selected for off-boarding user is proposed to be replaced from being Requester, Approver or Reviewer with other active User of Organisation (this step can be skipped):

As the last step selected user is proposed to be replaced as requester of particular requests (all active requests are listed), so such requests can be managed by active users as well as all requests of the same workflow can be restarted without picking up those requests which aren't authorised by the off-boarded (deleted) users (this step can be skipped):

IMPROVED  An updated New Organisation wizard is introduced
A helpful tips would appear right below the selected connection options: