How to create QuickBooks Online Bills for approval in ApprovalMax

How to create QuickBooks Online Bills for approval in ApprovalMax

There are several options for creating Bills which are then run through the approval workflow in ApprovalMax. Each one has advantages as well as disadvantages, depending on your business needs. Among them:

In ApprovalMax, you can create Bills in the same way you create Purchase Orders:

First, set up the "Bill creation and approval" workflow with Requesters, approval steps and Approvers. Use the Requester matrix and Approval matrix just as you do for the Purchase Order workflow:

button in the top right-hand corner:

In your Organisation, select "Bill" and click on "CREATE A REQUEST".

You can now enter the Bill details and attach the original invoice as a file. This form looks similar to both the Purchase Order request form and the respective form in QuickBooks Online: 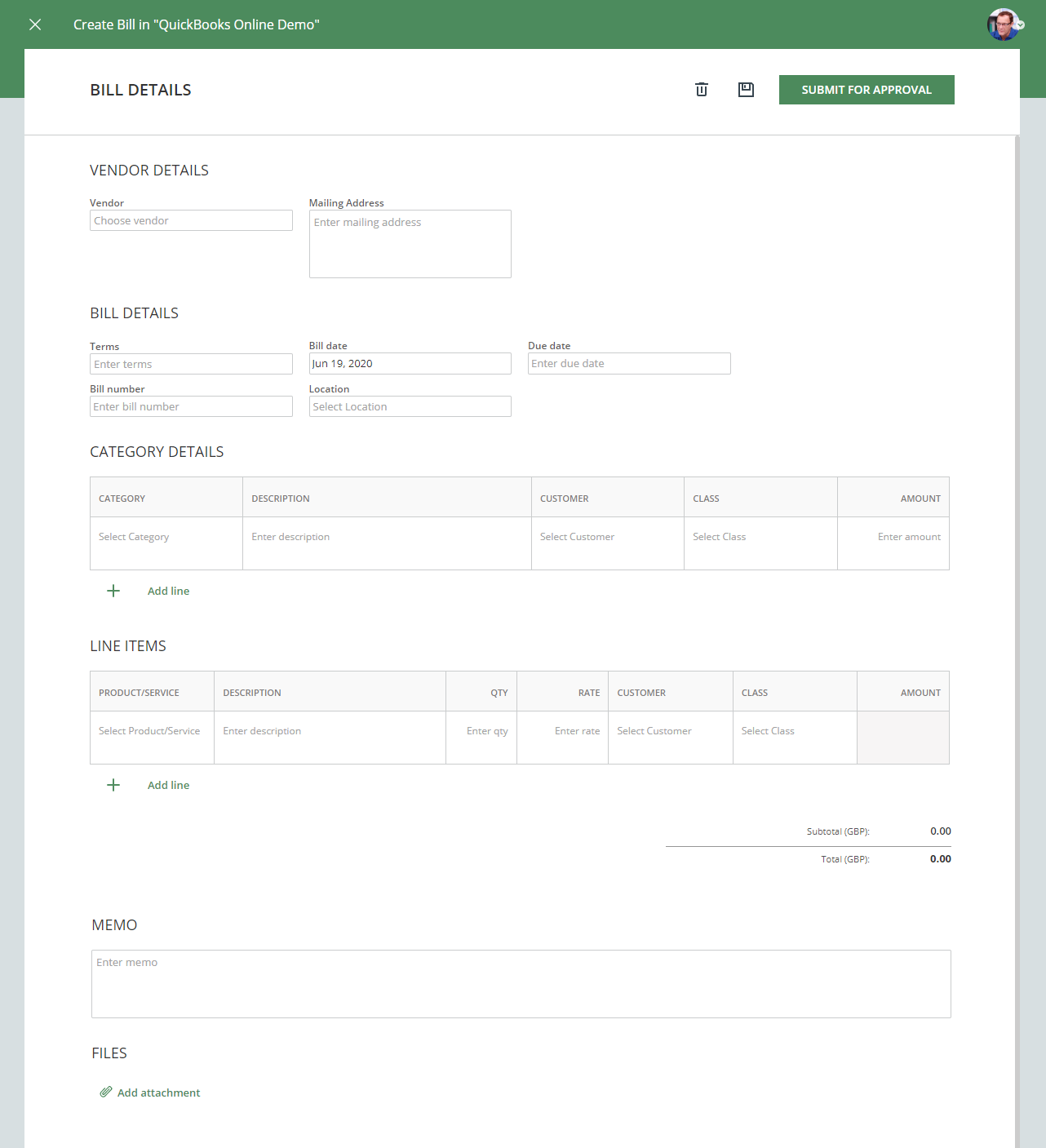 When you then submit the Bill for approval, it will run through the predefined workflow. Once all approvals are in place, the Bill will be pushed to QuickBooks Online and include a detailed audit trail of the entire workflow as well as all attached documents.
Copy Bill from PO