Integrating your Dext account with your ApprovalMax Organisation allows you to submit cost items for authorisation before creating them in Xero. Such approval requests will run through the pre-defined "Bill creation, review and approval" workflow in ApprovalMax right away.
Authorised requests will then be created in Xero as Bills in the status “Awaiting Payment”, with the original file as well as an audit report attached. Rejected requests will remain in your ApprovalMax account. Via the “Open original document” link you can open and republish/delete cost item/expense reports in Dext.
Cost items submitted to Dext as "Paid" will be created in Xero after full authorisation in ApprovalMax, also in the status "Paid". A respective payment would be initiated from the bank account that has been selected in Dext as Payment Method: 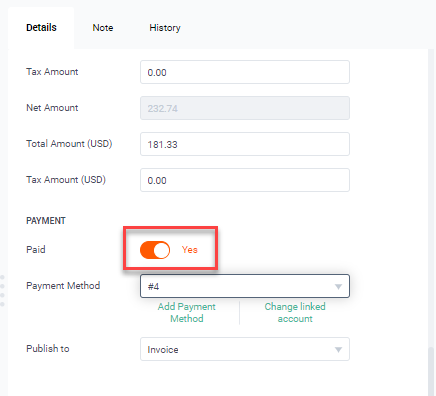 Bill before authorisation in ApprovalMax: 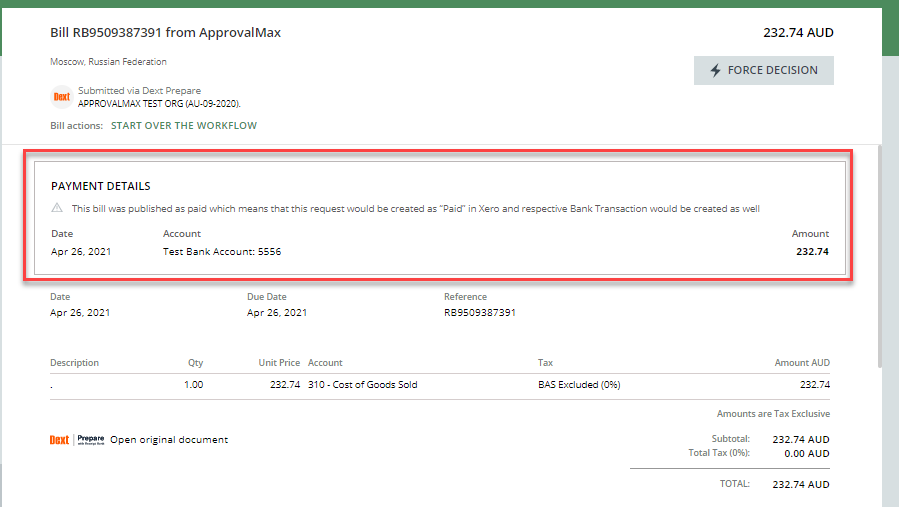 Please note: Bill approvals are supported in the direct Dext–ApprovalMax–Xero integration while bank account transactions bypass ApprovalMax and get created directly in the connected Xero Organisation.
The main benefits of using the direct integration are: