How can I change Approvers for a particular request on the fly?

How can I change Approvers for a particular request on the fly?

Who can change approvers on fly:

Approvers for particular requests can possibly be changed without having to modify the whole approval workflow every time. Administrators, Approvers and Requesters of an Organisation have different privileges in terms of changing Approvers:

1. ApprovalMax provides Administrators with the option of adjusting the specified Approvers for a running request in order to handle exceptional, non-standard situations.
An Organisation's Administrator can:
·         Add any Approver
·         Remove any Approver

However, Approvers cannot remove Approvers that were added by approval workflow rules or by someone else (these are marked with a “Locked” icon).

3. Requesters can:
·         Add other Approvers from their Organisation to any step
·         Remove the ones they have previously added

Please note: the option to add Requester as an Approver is not available for steps with any “All”/“Any of” approval conditions.

This is how you change an Approver (add or remove):

Click on the “Change Approvers” button, which is located under the approval step, next to the last Approver.

This button is not available:
·         In closed approval requests
·         In steps that already have been approved or rejected
·         For Approvers/Requesters in steps for which the “Any of” approval condition has been selected
Add or remove the respective Approver and click on "DONE". 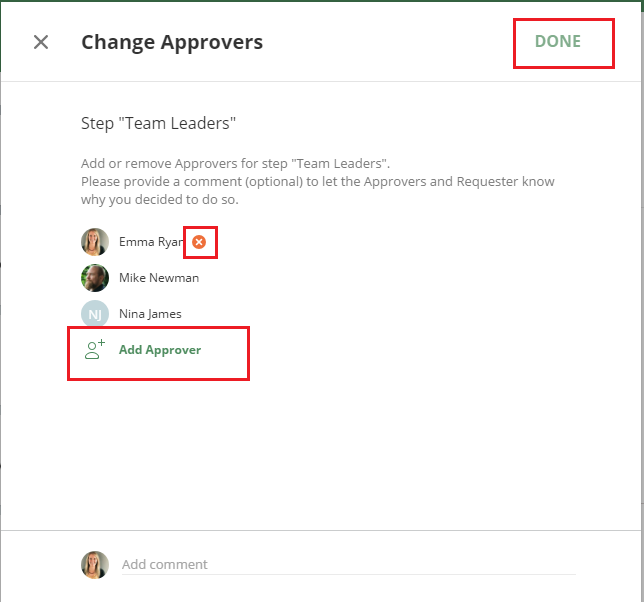 This is how you reassign a request to another Approver: 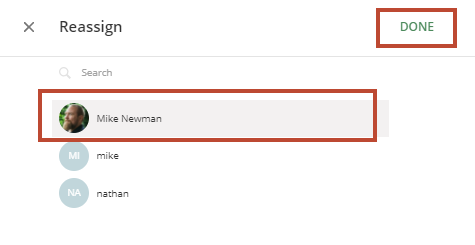